for laptops and any number of acoustic instrumentalists.
Composed for Sideband
2010  ⤥  8-25'

At the core of Clapping Machine Music Variations is a pair of laptop-based Drum Machinists. Surrounding this duo is an assortment of other instruments, some clearly defined laptop-based instruments, others more variable and traditional in type. CMMV takes specific inspiration from works by Steve Reich, Gyorgi Ligeti and Bjork. In particular, the drum-machine algorithm was initially designed to mimic certain rhythmic processes in the Ligeti Etudes pour Piano, processes which also coincidentally generate the rhythmic pattern for Reich's Clapping Music (this should come as no surprise, as both composers were deeply influenced by traditional African rhythms); this algorithm is then used to generate variations on the original Clapping Music pattern, variations that are explored over the course of CMMV. More generally inspiring are pieces like Riley's In C,and Andriessen's Worker's Union, where some things are specified, other things are not, and anyone can join the party.


One of the first versions, with two violins: 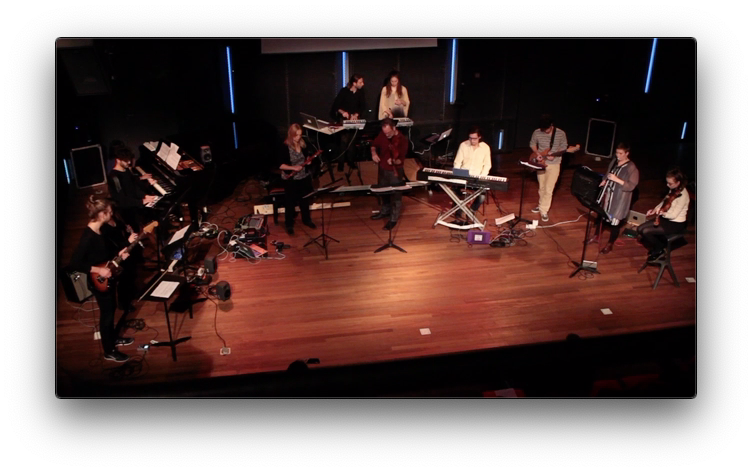 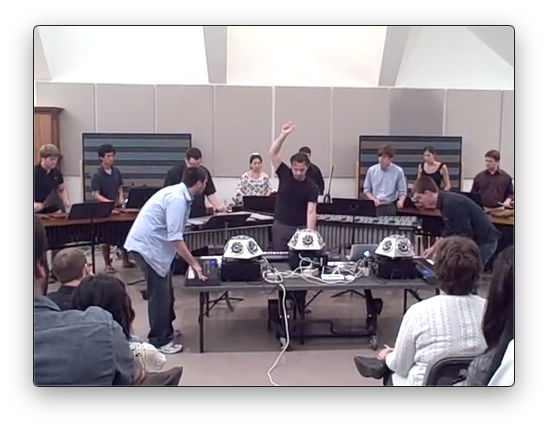 As of early 2020, the Drum Machine parts will be performable with bitKlavier (galleries available soon).
In the meantime, the original software (Max Standalones and source code, released under the GPL license)

Under some duress, I wrote a paper about this piece.